Pokemon Go is an amazing concept, and a great way to coerce techno-kids and adults alike into embracing the outside world and incorporating it into their play. Niantic Labs is going to get at least a couple of kids hit by cars, but those are the ones who would likely have succumbed to something stupid anyway.

Within seconds of downloading the game onto my iphone, I caught Charmander in my bathroom while finishing up some necessary business. He was standing on my chest, and I had to bend awkwardly around to throw my balls at him while seated.

The mechanics of catching Pokemon are still little understood. I found nothing helpful so far online, and tried desperately to catch a zubat who refused to be captured. I lost every one of my Pokeballs in the attempt, despite easily catching three Pokemon just before. If the mechanic isn’t explained properly in the future, I can see this being a short-lived enterprise. If it takes years of skill to master flicking a ball around your screen (literally the most integral mechanic in the game), don’t expect the zillions of launch day downloaders to stick around.

If that’s straightened out, then Pokemon Go could shape up to be a novel approach to mobile gaming that Nintendo has been looking for. It’s the perfect move for the company considering its outside the box thinking and off the wall innovation. Ever since being overtaken in sales by the AAA entourage of Sony and Microsoft, Nintendo has thrived on the fringes, developing carnival content that’s entertained and delighted a small but loyal audience. The release of Pokemon Go could see that audience expand exponentially. That is, if Niantic Labs gets it to work consistently.

Unfortunately, with any release there are a number of accompanying issues. Not the least of which is the fact that on launch day, Pokemon Go was completely unplayable after 4:30pm when the wage slaves broke out and started to log in. Pokestops started to have issues loading at first, and then suddenly I couldn’t log back into the app after trying several times in a row. On a related note, the app refuses to remember my account and forces me to manually log in each and every time, in addition to texting a Google verification code to input as well. This happens despite checking the “remember this device” box every time, and making certain that my phone was on the list of approved devices in my Google account settings. 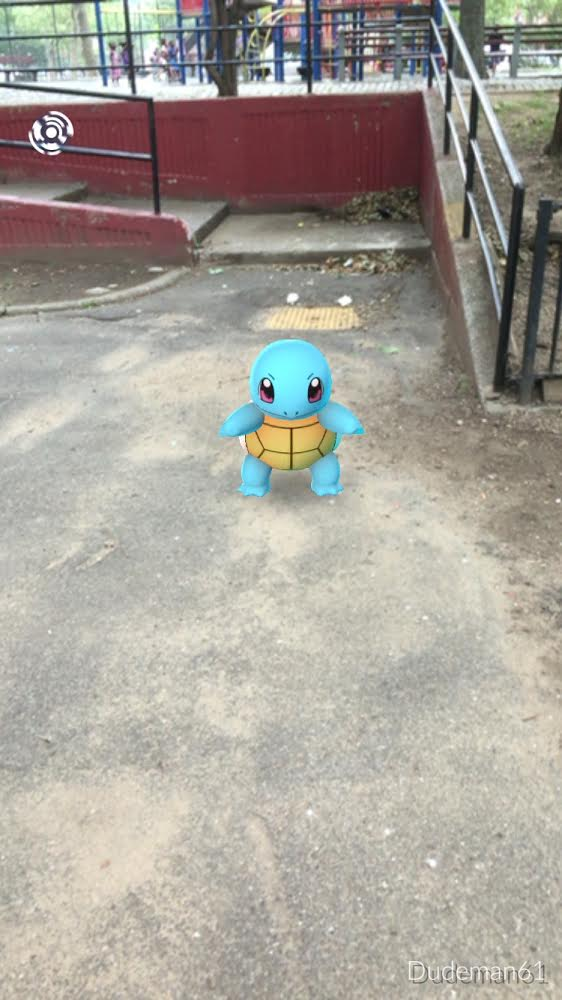 There are still noticeable drops in performance during peak hours, like lunch breaks and end of business. I took the late morning to test out the features in their glory, by walking to NYC’s largest green space, Van Cortlandt Park. On the way, I hit several PokeStops and caught a solid number of Pokemon. Wandering through the park, I was surprised at the number of stops and encounters both there and throughout my neighborhood. I found water type by the lake, and even a Sandshrew on the shore. Overall, battery performance on iOS is certainly poor, but not atrocious. I was out for around two hours before my iPhone 6 battery died, and I’d started out at 85%. Throughout those two hours I was playing pretty consistently, until the lunch break blues hit and the servers imploded. 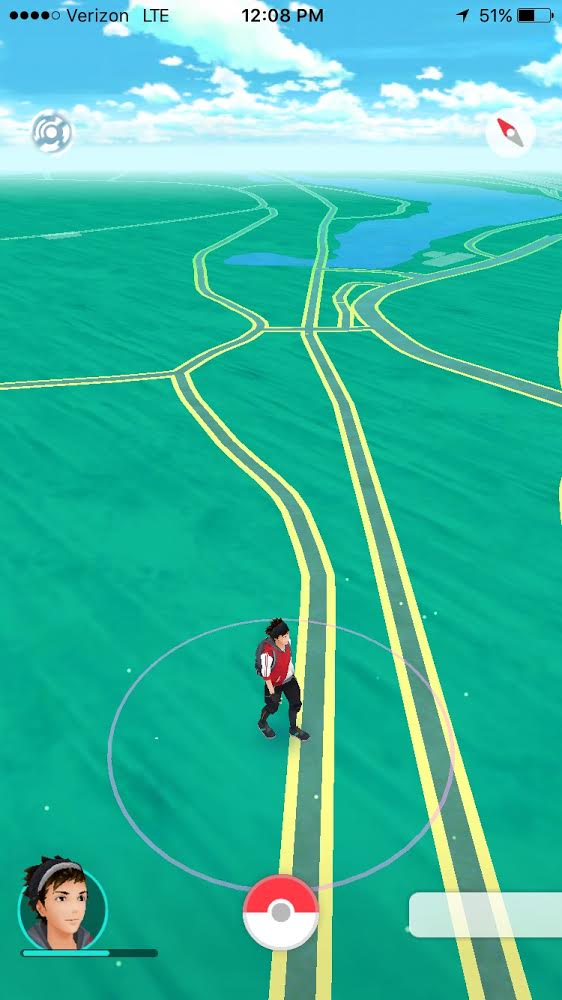 You may occasionally find yourself in the middle of nowhere, with no gyms, stops, or Pokemon in sight. Such is the life of an explorer. Already, players are lamenting the noticeable lack of points of interest in more rural areas vs. active urban centers.

There are still a few major issues that affect the game, most of which are caused by the servers going down. Not the least of which involves losing a bunch of Pokeballs when the game crashes in the middle of catching something; and there’s a good chance you’ll lose whatever you caught as well. If you’re at a gym when the server goes out, then you’ve just lost a battle and the experience that goes with it. The overloaded servers make catching Pokemon difficult too. Occasionally, you might be standing right on top of something, clicking away, and it simply won’t register. God forbid you come across something mythic when this happens.

Servers seem more stable lately, which makes everybody happy. For some reason, there are naught but zubats in my area. Perhaps that’s a fun poke at the post-industrial wasteland of my near neighbors in the east Bronx. Playing more of the game has given me insight into where the freemium content comes in, such as paying for Pokeballs (which you can avoid, certainly, though it might be tough if you don’t have a Pokestop nearby and the ability to hang out all day as it continually refreshes). Choosing not to sell stardust is an interesting choice, since it’s the item used to level up your Pokemon. In one respect, it’s kinder to all players who aren’t into the pay-to-win model, and it keeps the playing field level. You can only be as good as your initiative will let you, though buying Pokeballs may give you a slight advantage if you’re finding that you have a high turnover rate (hopefully because you’re catching a lot of Pokemon and not just throwing your balls away).

It’s already becoming a more social experience than other games. I ran into someone last night who saw me playing and tapped me on the shoulder. He’d been sent out by his four-year-old son and instructed to set up a lore at a Pokestop and not to come home until he’d caught something new. I’ve run into other players at lores; late last night I noticed someone set one up at the post office, and a whole group of people were there benefiting. And yesterday afternoon at the library, three of us were standing across the road from one another laughing as we all tried to attack or defend the gym there. 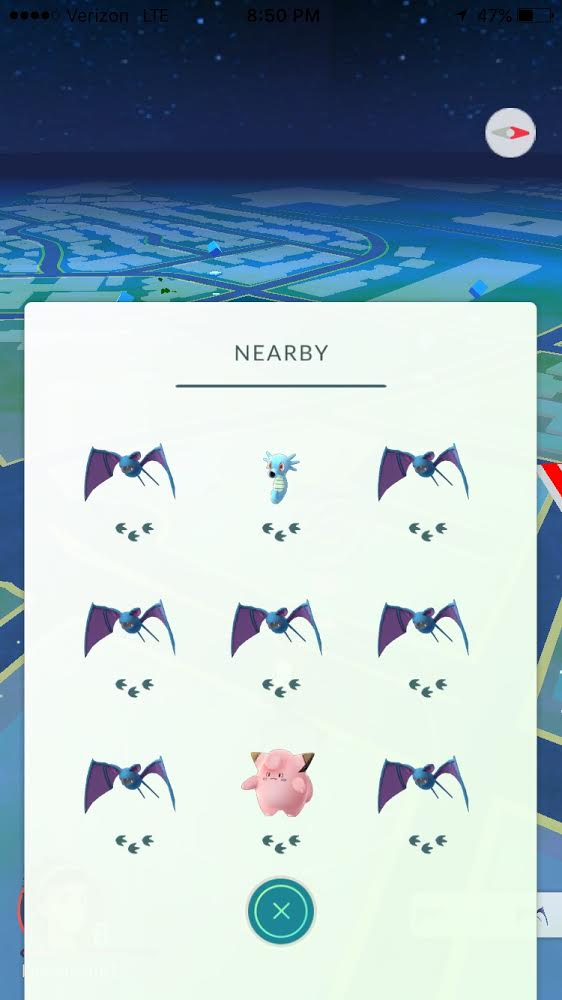 Verdict: Highly Recommended. There are going to be those fans who don’t appreciate the limited features, like having only first generation Pokemon or the mobile-friendly battles with only two available attacks. But the real-life Pokemon finding expeditions are probably enough to make up for that. It’s basically like a fan’s childhood dreams come true, just played out with minor limitations due to the current state of mobile gaming.

For fans of mobile gaming in general: 4 Swoops

Verdict: It’s a big battery killer. If you’re not invested in Pokemon, then there are a few alternatives with similar mechanics.

For tech nerds on the prowl for something awesome: 4.8 Swoops

Verdict: Seriously, pick this up. It’s free. This is the first major augmented reality release, and I have to say, playing it feels amazing. The key is to not forget that there is in fact a real reality, and fight the urge to associate the Pokemon Go map with an overhead view of my actual life.